Temecula, Calif.; Throughout the entire month of October, deputies from the Riverside County Sheriff’s Temecula Police Station investigated a series of commercial burglaries that were occurring throughout the city of Temecula. 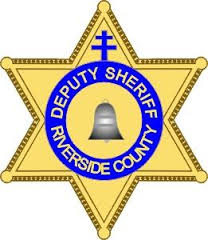 Deputies assigned to the Temecula Police Department’s Problem Oriented Policing (POP) Team were assigned to conduct an investigation and began following up on investigative leads related to the all of the local burglaries mentioned below:

Arrested for multiple felony charges were Robert Menard and Ariel

Based on the extensive investigation by the Temecula P.D. Problem Oriented Policing Team, on November 6, 2015, both Menard and Arnold were taken into custody in the 24000 block of Silo Circle, Wildomar.

24000 block of Silo Circle, Wildomar where both suspects were arrested.

Menard was arrested for conspiracy to commit burglary, commercial burglary and a violation of his Post-Release Community Supervision (PRCS).

Arnold was arrested for conspiracy to commit burglary, commercial burglary and a violation of probation.

Both Menard and Arnold were later booked into the Southwest Detention Center for their involvement in these series of burglaries.

In a press release from the Riverside County Sheriff Department, Sergeant Chris Gaskins wrote, “The Temecula Police Department is dedicated to maintaining a high quality of life and encourages citizens to report any suspicious activity they observe. Anyone with questions about this investigation can contact Officer J. McClellan of the Temecula Police Department at (951) 696-3000.” Callers can remain anonymous.