Breakfast With Bubbie Written by Robin “Bubbie” Montgomery Dear Bubbie, I recently lost my cousin to suicide. It has been terribly hard on my entire family. My cousin and I were very close.  I keep looking back and wondering how I could have missed that she was in so much pain. My problem is, I come from a very religious […]

END_OF_DOCUMENT_TOKEN_TO_BE_REPLACED

Trevor Montgomery Riverside County News Source   Riverside, Calif.; A woman, described only as a resident of the city of Riverside, was the victim of a reported IRS scam in which she nearly lost $15,000. According to a press release from the Riverside Police Department, officers were dispatched to the 2300 block of Fairview Avenue regarding a suspicious circumstances report. […]

END_OF_DOCUMENT_TOKEN_TO_BE_REPLACED 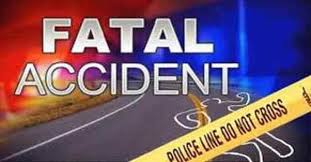 UPDATE #1 Original Story Below Two people killed in an early morning vehicle versus pedestrian crash have been identified as Mary Pillow, 25 of Winchester and Jamie Erwin, 34, of Menifee, according to a Riverside County Coroner’s office report issued just before noon today. The two, originally reported to be teens, were assisting an unidentified person who had been involved […]

END_OF_DOCUMENT_TOKEN_TO_BE_REPLACED

San Jacinto, Calif.; On Sunday, October 25, 2015, Stephen “Steve” Talley lost a long and difficult battle with cancer. After having been born and raised in the San Jacinto Valley, Talley spent most of his life living here. Talley taught and influenced area artists here in the valley and far beyond for more than 30 years and spent a lifetime teaching and touching all those […]